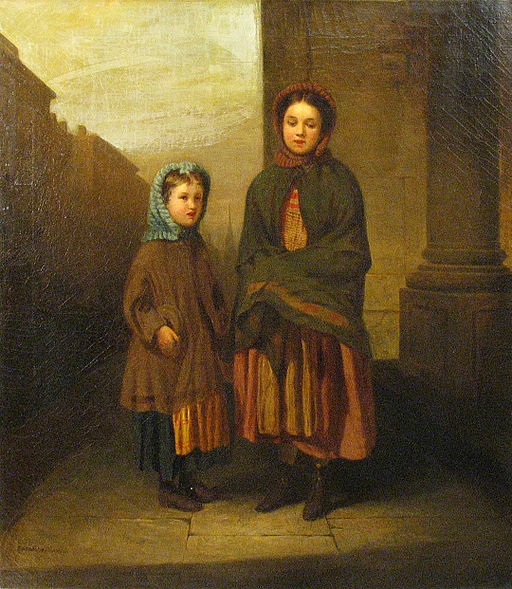 Today is Thursday. In the past on this blog I’ve posted about books that made an impact on me “back in the day.” I’m not done with those yet, but I’m taking a break.

In the words of Monty Python: and now for something completely different.

I’m going to post something I wrote in the past. I happened upon some old short stories and poems from high school and college. The first seemed really appropriate for December. 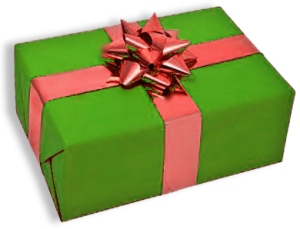 Phyllis and her daughter walked along the sidewalk, huddled in their simple, black capes as the cold winter wind beat against their backs. The day began as a beautiful December morning, but as the day wore on the weather became disagreeable. Phyllis was quite pleased their shopping had taken only a couple of hours. She glanced to her side and realized April was no longer with her. Her eyes moved quickly to see what became of her daughter. About a half block back, April was stooped to retrieve two bags she’d dropped in their hurry to catch the bus. Phyllis waited for her daughter patiently. April soon huffed up to her mother with white clouds puffing from her mouth after the exertion.

“Now, April, if we don’t hurry we’re going to miss the bus that will get us to the train station. If we miss the bus, we’ll miss the train and I don’t have enough money for a hotel room” Phyllis said.

“I know mother, but I dropped the bag with my new hat. I love that hat.” April beamed at her mother. “Thank you again for letting me get it. All the girls in church will be so jealous.”

The mother and daughter neared the corner of a busy intersection. They waited at the edge of the sidewalk as cars, trucks and busses sped by them. In the blink of an eye a car came screeching into the intersection and crashed into two vehicles. Phyllis let out a scream and dropped her packages. She saw her own horror mirrored on April’s face.

“April, stay here. I must go see if someone needs help.” Phyllis took off into the intersection with only her large bag containing her wallet and other valuables. She reached one of the sputtering motor cars before anyone else. The driver of the guilty car was lying unconscious in the driver’s seat. A small trickle of blood was coming from his mouth.

It was not the blood that drew Phyllis’ attention, instead her eyes were drawn to the most beautifully wrapped package she’d ever seen sitting next to the driver. Before she realized what she was doing, she picked up the exquisite box and slid it into her bag. As she did this, April rushed to her side. She looked with accusing eyes at her mother.

“What are you doing, mother? That man needs your help and you stole his box.” Her voice emerged in a forced whisper.

Phyllis reached out and pinched her daughter’s elbow with force. Then she announced wildly that someone needed to get help. As a crush of helpers converged on the car, Phyllis rushed April down the street to their bus stop. They boarded the bus with haste. As if of one mind, they headed for the back of the bus. Phyllis took one last look at the accident and saw the driver of the car being helped out of his car. People were milling about all over the street. The number twenty-five bus, carrying Phyllis and her daughter, pulled away from the scene.

As the bus put distance between them, Phyllis let out a long sigh and turned to face the front of the bus. April nudged her mother.

“Mother, why did you take that package?”

Phyllis did not answer the girl with words, but instead pulled the package from her bag. The gold wrapping glittered in the fading sunlight. April drew in a breath. The wrapping alone cost more money than their small family ever had at one time.

A thin layer of carefully tatted lace encompassed the present and prevented the package from being opened easily. In each heart that made up the lace was a pearl. All were the same size and shape, but gleamed in the light. A deep red velvet bow, soft and plush to the finger, topped the box. April understood then why her mother was so tempted by this gift. Mother and child looked in awe at each other. April slowly put the box back in her mother’s bag and they turned to face the front of the bus.

Portrait of a Mother and Daughter. Manner of Eastman Johnson [Public domain], via Wikimedia Commons

Phyllis’ mind returned to the beautiful gift over and over. The wrapping was of such taste and charm she could barely imagine what the contents could be. Precious stones. Lace. Her curiosity began to build. She started to reach down again and again, but reminded herself she should wait until she was safe in her own home. She tried to remember the exact weight of the box. It wasn’t overly heavy, but it wasn’t light either. She was sure it must be some article of clothing, maybe even a mink stole. A mink stole. Phyllis dreamt of running her hand over the luxurious fur. Only someone who had something that valuable would take the time to wrap a gift with such care. Phyllis was sure she could get a wonderful amount of money for such an expensive object.

Since Phyllis’ husband passed away from his heart ailment, she and April suffered much for money. Phyllis earned what she could crocheting and selling eggs and jams in the neighborhood. April was a school teacher, but she was not paid a lot. The mink stole would be the greatest thing to happen for them in a very long time. She wasn’t sure how much the local pawn shop might pay for it, but she was sure it would be enough. The large bus squealed to a stop, Phyllis started from her reverie.

April grabbed her share of the bags, but Phyllis took the one with the stolen gift, and they made their way off the bus and onto the busy sidewalk in front of the train station. Porters hollered back and forth as they loaded luggage onto their carts. The sound of trains and whistles resounded through the station. People milled about waiting for their trains to be called.

Phyllis and April bought their train tickets and waited to board their train home. Within forty-five minutes they were on their way. The train’s melodic rocking lulled Phyllis to sleep, but April continued to think about the beautiful dress that she was sure was inside the mysterious gift.

After one look at such a beautiful box, she was sure it contained a dress, one that would be just as exquisite as the wrapping. She let her mind wander through the rich silks and chiffons, the layers of flounce and flowing fabrics that were inside. She would wear this dress to one of the town dances or even to a church social. Not only would the girls be jealous, but April was sure she would finally get Donald to notice her. She would finally marry and be able to take the burden from her mother. That would be the answer to all her problems.

“Just because Mother stole the package doesn’t mean we’re thieves.” April muttered to herself. “We deserve that gift and all the good things that will come with it.”

April nodded off with thoughts of beautiful dresses swirling in her head.

Both women were ready when the train squealed to a halt. They rushed with all their bags out of the train and through the station to the main road of their small town. They walked the streets and lanes with curiosity quickening their steps as they neared home. Soft light glowed from the windows of people’s homes.

Reaching their own dark house, Phyllis and April went to work lighting a fire and turning on lights. Soon their home was full of warmth. Phyllis started a pot of coffee to help with the chill deep in her bones from the rough December wind.

April pulled the package from the bag and set it on the table in the kitchen. Mother and daughter sat and admired the beauty of the gift. Phyllis slowly unwrapped the box. The red velvet ribbon, folded neatly, was placed on the table. Then the lace was slipped off, with as little cutting as possible. The lid of the package was removed. Phyllis and April peeked into the box and both gave a quick intake of breath.

The clock ticked as they stared into the box. Neither moved or said a word for a few minutes. As the clock struck ten o’clock, Phyllis and April made their way up the creaking stairs to their cold bedrooms.

Sitting in the empty lower level of the house, in the kitchen, on the middle of the table with cups of cold coffee, was the once beautiful gift which held a family album with pictures worth more than Phyllis’ mink stole or April’s fine dress. The album was embroidered with the family name “Garrison.” Phyllis and her daughter went to bed that night as common thieves and hearts as heavy as that family album.

This week. Oh, this week. Full week back at work. I dealt with fatigue almost everyday. And there were both personal and professional ups and downs this week. It was a roller coaster. • I honestly never considered myself a stress eater. It never even occurred to me that I was coping by eating that plate of nachos or ordering the large combo of fried food. • And this week opened my eyes. I found myself one evening struggling to deal with a quick succession of not great news (you guys, it wasn’t even BAD news in the big scheme). I walked into my kitchen and started thinking about taking out that bag of tortilla chips, cheese and other items. It wouldn’t have been an intentional serving of nachos. I knew it would be uncontrolled. I turned around and walked out of my house. Not just the kitchen, the house. • So, I named it. Stress eating. And then had to deal with it. I used my @cyclebarclassencurve rides on Friday evening and Saturday morning to close my stress loop. The stressors are still there, but I’m choosing to cope in a different way. It’s hard, but so life affirming. • I’m always looking for new ideas. How do you cope with stress in a healthy way?
School board night! Always a great night serving the students, teachers and staff of Bethany Public Schools. Extra sweet taking a moment to stop and say hi to my grandfather who was serving in 1982 when the admin building was built. Proud to walk in his footsteps. Love you, Grandaddy! ❤️❤️❤️❤️